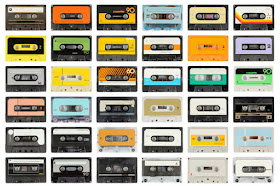 OK, time for another round up of the great music coming out on tape....gotta lot to get through so hold on to your hats, it's gonna be a biggie! 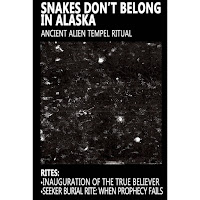 Going to start with possibly one of the best things that I've heard all year. Coming from the incredibly good Cruel Nature label is this belter from Snakes Don't Belong In Alaska...'Ancient Alien Tempel Ritual' is just the two tracks: 'Inauguration of a True Believer' and 'Seeker Burial Rite: When Prophecy Fails' but both clock in at over the fifteen minute mark. Musically it is some absolutely sublime psychedelic explorations...heavy on the reverb and even heavier on the atmospherics. Anyone who heard their 'Mountain Rituals' tape that came out on Sky Lantern last year will already be familiar with the sheer heaviness that these guys can produce, but unlike the sturm and drang of many bands, this heaviness is wrapped in a cocoon of dreamlike haze. If The Myrrors were to decide to up their intensity and density then this is what they would sound like; the music has the same panoramic, cinematic ability to create soundsounds and conjure vistas in the listeners imagination. The music weaves twixt passages of bombastic guitar histrionics that has more fuzz than an International Police Conference and moments of sheer bliss. This is fantastic! It can be purchased via the Cruel Nature Bandcamp page here. 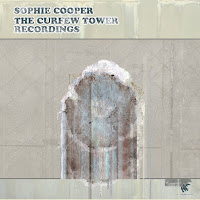 Changing the mood somewhat comes this offering from the Crow Versus Crow label. Sophie Cooper is a musician who experiments with "the conventions of song writing through guitar, the trombone and vocals", this album was recorded during her week-long IMPOSE||LIFT residency at Bill Drummond’s 'The Curfew Tower'. Ostensibly a montage of different compositions that make up 'Side A' and 'Side B', the tape showcases Cooper's ability to take an 'unfashionable' instrument such as the trombone and mix with spoken word, Oram like electronics and reality suspending drones. The spoken word clips are taken from her 'Dial-A-Bone' project whereby she based herself in a phonebox and took calls requesting for trombone improvisations. These disparate elements all come together to create a fifty minute journey into the mind of an extremely creative musician who obviously has a sense of mischief that she is not afraid to inject into the music. The drones are rich and dense, the skronking of the trombone is surprisingly appropos to the experimental electronics and the vibe veers between the claustrophic and the open. I really enjoyed this tape - I know it will not be to everyone's tastes but those who dig the experimental and the thought provoking will find it extremely satisfying. The tape is sold out, unsurprisingly, but the download can be purchased on the Crow Versus Crow Bandcamp page here. 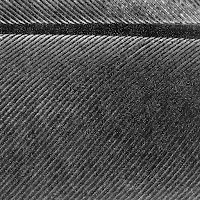 Sticking with the experimental with this offering from Portugal's Urubu label. Somnoroase Păsărele is the recording guise of Romanian Gili Mocanu and this recording actually dates back to 2014 but newly released on Urubu. Musically it is a joy, 6 long tracks spread over 2 tapes and all create atmospheres of different intensities: 'TIVE•PENE' is a piece filled with electronic drones and broken beats and fragmented instrumentation that is somewhat disturbing while pieces like 'CARE•IDEN•DOI•PENE' take the early experimentation of the electroacoustic pioneers to make a piece that is tinged with bliss in the delicate chiming and knocking of percusion...deeply spiritual and extremely meditative. Over the course of two hours, the listener is taken on a journey that is hypnotic and hypnogogic but all six tracks have a distinct personality from which the listener will take something different. Despite being experimental it is accessible and enjoyable. Urubu have a fine roster of artists, all of which are well worth checking out. 'PENE' can be got via the Bandcamp page here. 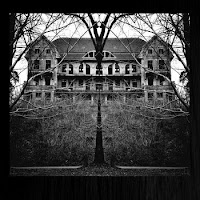 I've long been an admirer of the output of Stefano Spettro under his Spettro Family guise and 'Inverness' reinforces this.....it is a definite winner in my book...cinematic, synth driven excursions into the dark recesses of the world. 'Tónlist af Djöflinum' is pure eighties synth soundtrack material, albeit far more intelligent and bordering on hauntology in places while 'Inverness' is a melancholic piece with haunting piano and delicate drones....truly beautiful. 'Orloff Street' revisits the cinematic with more synths but this time interspersed with snippets of spoken word sample that all combine to create an atmosphere of dread and suspense which is lifted a tad with 'Galina Negra', a moody number but with a sparkling refrain that imbues it with a touch of optimism that chimes nicely against the more horror-based backdrop. 'Arrivederci Roma' is pure hauntology opening with a dusty old recording drenched in reverb and echo before sepulchral drones and a horror movie soundtrack takes things in another direction. as I mentioned I have liked Spettro Family music for a while and I gotta say that the 'Inverness EP' is up there with his very best. The Tape can be purchased via the Bandcamp here. 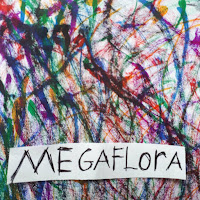 This one comes courtesy of Liquid Library, a Bristol based label. 'MEGAFLORA' is the second Pink Ice title to come from the label, the first, 'Bugs' sold out but there are still some copies left of this one (check out the Liquid Library Bandcamp page here). First track 'White Mould' opens with some squalling saxophone courtesy of Rebecca Sneddon, crashing drums and a static hum of electronics. It pretty much stays this way throughout, with the odd flash of piano thrown in, and is a sprawling melange of instruments and effects that become a beautifully dissonent whole. Second track 'Giant Fern' has some lovely string drones over which plays some ace psych-based guitar and some jazzy drumming. Over fifteen minutes this track becomes something psychedelically immersive with enough space in which the listener can create their own worlds but intense enough to have a real visceral appeal. Great stuff indeed! 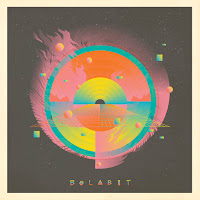 Field Hymns is a great label, one from which I could, if I had it, spend loads of cash! This release from Bolabit is a case in point: pure analog joy in the shape of eighties synth soundtracks that channel the spirit of the Berlin scene of the seventies. The label put it this way: "RIYL: Zombi covering Air covering Zombi, an 80’s Tangerine Dream soundtrack sans all the annoying guitar solos, an ineffable sense of loss" ... says it all really! There are 14 tracks on the album, each of which bring forth memories of pastel coloured jackets with big shoulders, such is the eighties motif that runs through this tape. But....and this is a big but....this is not a Miami Vice soundtrack..it is more cerebral than that, they have taken the analog stylings but put them to much better use in creating intelligent music that is immersed in atmosphere. A proper look around the Field Hymns site is very much recommended as well. 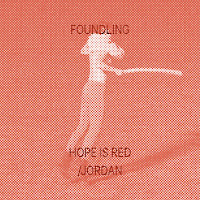 This promo from Foundling came in the very next day after my first Tapes Round-Up. Released by Videogamemusic, 'Hope Is Red/Jordan' is a "generous and emotional message of unity in which Foundling has energetically crammed ideas, poems and ‘mystifying production techniques’ into this 45 minute frenzy of rolling flames, bubbling swamps, bleak forests and cybernetic hyperspeed weirdness." (press release)...that just about sums it up! Foundling is Jonathan George Fox who is a co-founder of his own Proto Sites label as well and what he has achieved with 'Hope Is Red​/​Jordan' is highly impressive. Over the course of eight tracks he has artfully mixed tranquil ambient hums with some more abrasive electronic trickery and created something hugely immersive and distinctly mesmerising. The album opener 'Body Of Water' takes buzzsaw drones and overlays them with a beautifully melodic keyboard refrains that border on the hauntological...it sounds as if there should be some sort of cognitive dissonance inherent in that but it all flows together very nicely. 'Total Disruption' would sit nicely as a Tarkovsky soundtrack - it has that same surreal sense of isolation and wonder while the title track takes a more ambient direction but still manages to put something unsettling amidst the bliss. In all, this tape is wonderful...mixing the beautiful with the brutal...like an ambient Vatican Shadow. Hugely recommended. It can be purchased via the Videogamemusic Bandcamp site here.